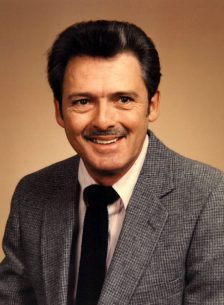 Born in Bedford, on November 18, 1941, he was a son of the late Henry Dew Scott and Mabel Bibb Scott. He was also preceded in death by his siblings, Neil Scott, Perronneau Scott, Donald Scott, and Barbara Witt.

Bill served his country with the U.S. Army from 1959-1962. He later worked as a machinist for Newport News Shipyard, Rubatex, and various machine shops in the Lynchburg area. He loved golf, baseball, softball, and bowling. Bill was a member of Bedford Christian Church. He was a wonderful husband, father, grandfather and friend.

The family will receive friends from 5 p.m. until 7 p.m. on Tuesday, May 8, 2018 at Tharp Funeral Home, Bedford. A Celebration of Bill’s life will immediately follow.

In lieu of flowers, Bill would like for all to consider Bedford County Parks & Rec. Youth Athletics Department 1257 County Farm Rd, Bedford, VA 24523.