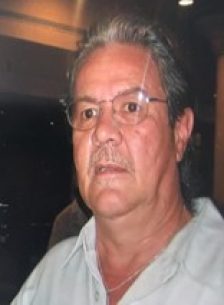 Services will be held at a later date.

Wayne Bernard Ferguson, Sr. departed this life on Tuesday, February 16, 2021 at Lynchburg General Hospital. He was born on August 10, 1951 in the City of Lynchburg and was the youngest child of the late Raymond B. Ferguson, Sr. and Ruth Johnson Ferguson.

Wayne became a Christian in his early years, joining Brookville Baptist Church.  He attended Lynchburg Public Schools, graduating in 1969, as a member of the first class to integrate E.C. Glass High School. His career included over 35 years of service as a Nuclear Lab Technician at Babcock & Wilcox (BWX Technologies).  As an official member of the Cherokee Nation, he was also known as ‘Snake’.  For years, Wayne coached little league football for the R. S. Payne Dragons.  Later in life, he was a faithful member of the ‘Soulsters on the Hill’ choir and enjoyed singing at community events, both religious and civic.

Wayne was a loving husband to his wife, Joanne Peerman. He was a devoted father to four sons: Wayne Ferguson, Jr. (Teresa), the late Shawn Ferguson, Timothy Ferguson, and Quintin Williams (Teeya); and one step-daughter: Kenysha Bartee.  His first union occurred with Mildred Banks Ferguson.  He was blessed to have fourteen grandchildren, five great-grandchildren, and a host of nieces, nephews, and other relatives and friends.