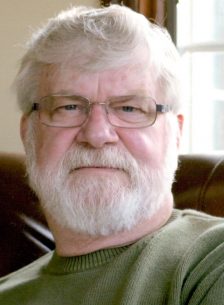 Sidney Thomas Burcham, 77, of Lynchburg, died Saturday, July 10, 2021. He was the loving husband of Rubie Shrewsbury Burcham for 55 years.

Born on November 19, 1943, in Mullens, West Virginia, he was a son of the late Sidney H. Burcham, Jr. and the late Helen Rutherford Burcham. He grew up the second of four siblings. He was active in his school, as a drummer in band and his community as a volunteer fireman and Eagle Scout.

He moved onto graduate from Auto Diesel College as a welder before joining the US Army where he achieved the rank of Specialist 5. After the army he followed his sweetheart to Lynchburg, Virginia and persuaded her to marry him, with whom he raised two daughters.

This multifaceted man ran Burcham Bookkeeping while working at BWX. He was a volunteer fireman in the Brookville Timberlake Department, got his CDL license so he could help a friend who needed truck drivers and was a Mason and a member of the Mackey Masonic Lodge No. 69. He served as Worshipful Master, and after which serving as Treasurer, brother Sidney assumed the duty of sending the windows of our deceased brethren, Christmas Cards each year. He was a faithful and dedicated member.

He loved to take road trips including to Yellow Stone National Park, Niagara Falls, and the Grand Canyon. Not to mention the 50 odd trips he made to Disney World.

He has moved on to his next trip and though much missed is always with us.

In addition to his wife, he is survived by his two daughters, Elizabeth B. Vaughn, her husband Steven, and Laura Burcham and by one granddaughter, Sarah Vaughn.

The family will receive friends from 4 to 6 p.m. on Sunday, July 18, 2021, at Tharp Funeral Home, Lynchburg. A graveside service will be conducted at 10 a.m. on Monday, July 19, 2021, in Fort Hill Memorial Park where the Masonic Lodge No. 69 will present Masonic Rites and the American Legion will present Military Honors. Right Worshipful, Howard Mason will be officiating.

In Lieu of flowers please make contributions to the American Diabetes Association or the Shriners Hospitals for Children.