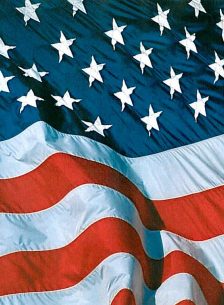 Charles Crawford Ford, 94, of Bedford passed away on Friday, October 30, 2020 at English Meadows.
Born January 11, 1926 in Richmond, Virginia, he was a son of the late Bertram Clements Ford, Sr. and Louise Clark Ford. He is also preceded in death by his sister: Mary Louise Ford and a brother: Bertram C. Ford, Jr.
Charles was a veteran of the US Army Air Corps during WWII. For many years, he was an independent manufactures sales representative. Following his retirement, he drove automobiles for Mabry Nissan and Mazda. He was an Elks USA member for 64 years and a member of Pecks Baptist Church.
He is survived by his brother: Marvin B. (Edith) Ford; son: Joseph C. (Judy) Ford, Jr.; daughter: Janice C. Ford; 3 grandchildren and 6 great grandchildren; close friend, Edith Arthur; and numerous nieces and nephews.
He was very loyal to the American Red Cross, donating many units of life saving blood and platelets over the years. Memorial contributions may be made to the American Red Cross, P.O. Box 37839 Boone, IA 50037-0839.
The family would like to thank the staff at English Meadows and Centra Hospice for the care they gave to Charles.
Due to Covid, the family will not be having a service.
Tharp Funeral Home & Crematory, Bedford is assisting the family. To send condolences online, please visit tharpfuneralhome.com.